Bees play an important role in pollinating, and because of this they play a major  role in our ecosystems.
It is estimated that one third of the human food supply depends on insect pollination, most of which is accomplished by bees, especially the domesticated European honey bee.

The two main bees that we are familiar with are the Honey bee and the Bumble bee.

The massive decline of many bee species (both wild and domesticated) have landed them on the endangered list and increasingly caused honey bee keepers to become migratory so that bees can be concentrated in seasonally varying high-demand areas of pollination.

Bees are on the protected species list and because of this we are unable to destroy them.
They are much more even nature’d and there for less likely to sting you then wasps, the larger Bee. E.G the Bumble Bee don’t even have a stinger.

If you think you can a Bees nest and NOT a wasp nest contact us today on 01-4511795 and we can give you a number of a local bee keeper who maybe able to help you relocate them.
If your lucky you may even get some Honey from it if they are honey bees.

Bees are flying insects closely related to wasps and ants, and are known for their role in pollination and for producing honey and beeswax.
There are nearly 20,000 known species of bees in seven to nine recognized families though many are undescribed and the actual number is probably higher. They are found on every continent except Antarctica, in every habitat on the planet that contains insect-pollinated flowering plants.

The population value of bees depends partly on the individual efficiency of the bees, but also on the population itself. Thus while bumblebees have been found to be about ten times more efficient pollinators, but due to numbers the total efficiency of a colony of honey bees is much greater.

Bees are adapted for feeding on nectar and pollen, the former primarily as an energy source and the latter primarily for protein and other nutrients.

Bees have a long proboscis (a complex “tongue”) that enables them to obtain the nectar from flowers.

The best-known bee species is the European honey bee, which, as its name suggests, produces honey Human management of this species is known as beekeeping 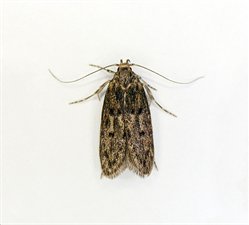 I had problems with moths in my apartment in the summers for a few years but despite regular hovering and dusting, and annual steam-cleaning of my carpet, they continued. I had always thought the moth… END_OF_DOCUMENT_TOKEN_TO_BE_REPLACED

Onguard Pest Control dealt with a rat infestation in the roof of my home. I was very happy with their help, advise and their swiftness in dealing with the problem. Along with tackling the issue, they … END_OF_DOCUMENT_TOKEN_TO_BE_REPLACED

“The OnGuard staff were helpful and friendly, they were able to send a technician to my house quickly. They guided me through their thorough check of my house, explaining what they were doing and how … END_OF_DOCUMENT_TOKEN_TO_BE_REPLACED

With my three year old little boy in the house, I was horrified to find we had a large number of uninvited furry guests living under the floorboards. OnGuard Pest Control were phenomenally fast to … END_OF_DOCUMENT_TOKEN_TO_BE_REPLACED

We used OnGuard Pest Control services and were very happy with the service and staff. We would definitely recommend this service. Marion McManamon

I have used OnGuard Pest Control on 2 occasions first was for woodworm, they were excellent and very professional. Second time for ants. Highly recommended, will use them again. Stephen Maher

I had been planning a shed and garden clear out for some time but as the work was a lot to do on my own I had employed a local firm to help. So imagine my shock when after opening the shed and draggin… END_OF_DOCUMENT_TOKEN_TO_BE_REPLACED